Posted by Jalisa on Jul 26, 2021 under Casual, Dressed Up Casual 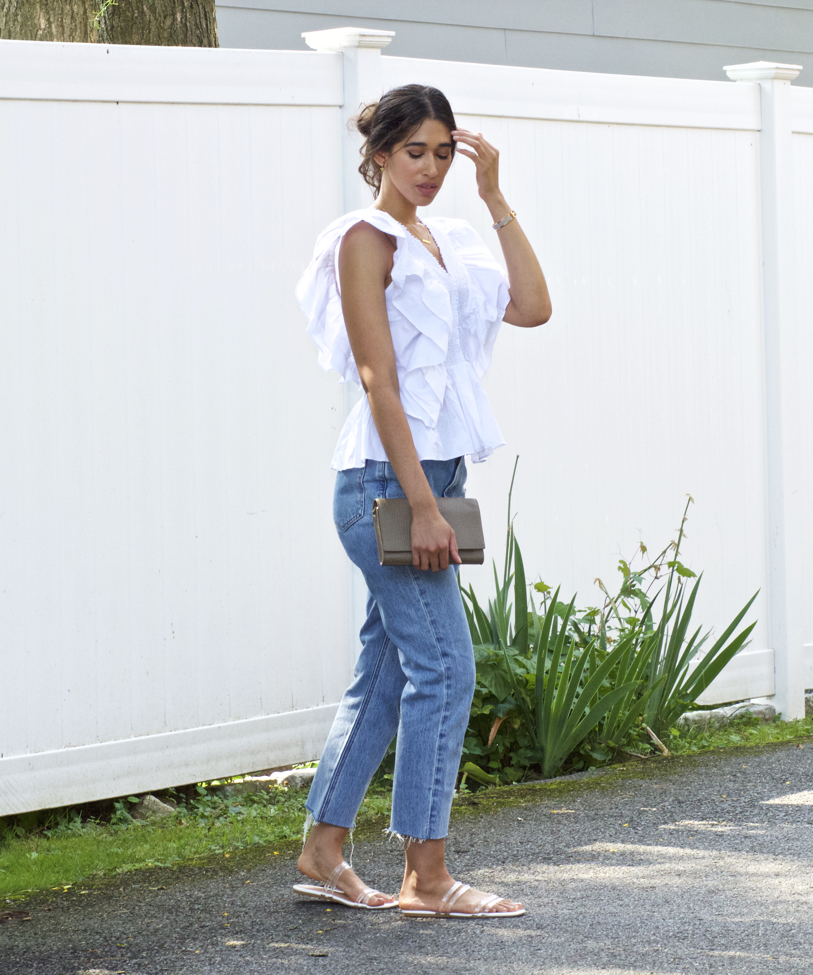 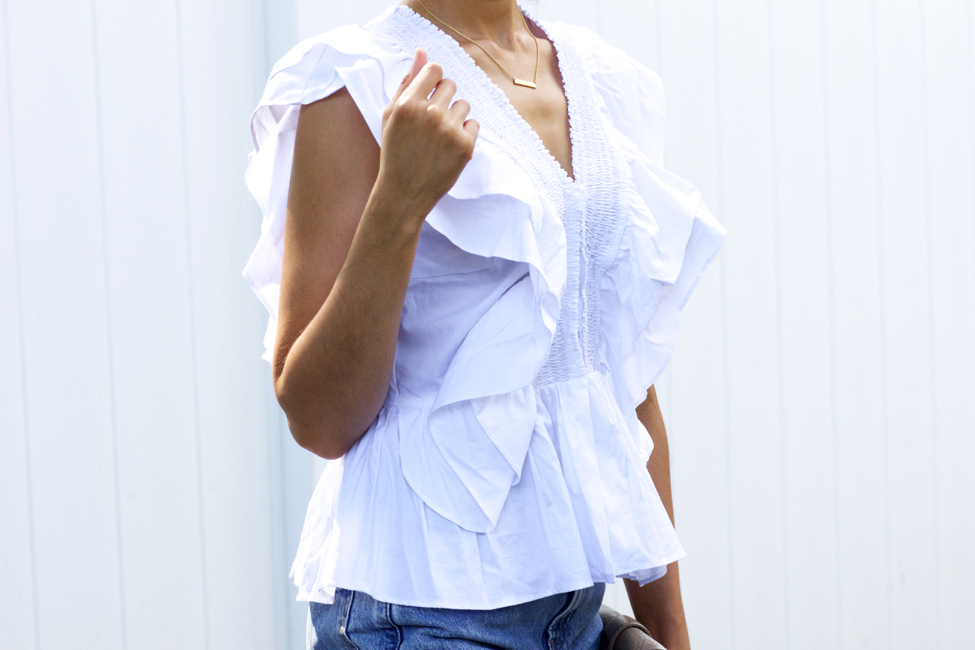 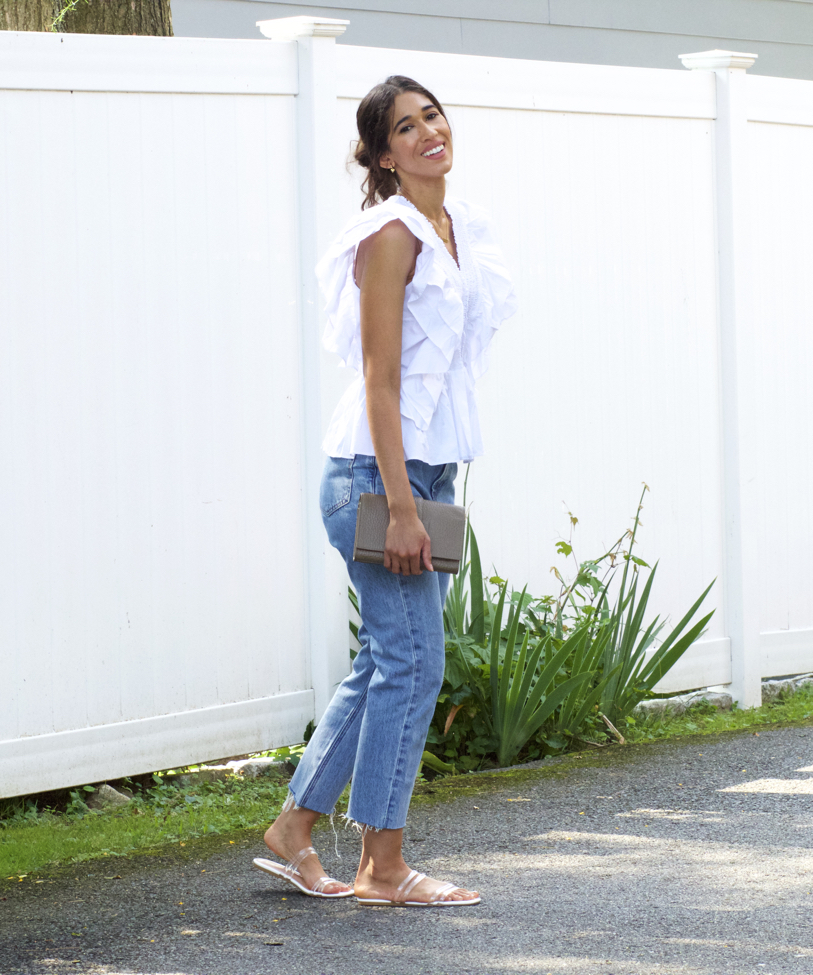 It's been a very long time since I've last posted. In all of the 9 years I've been blogging, I've never gone this long (9 months) without posting and today, I want to talk about what's been going on.

Let me first start off by saying, I've missed you all so much. Blogging hasn't only been a creative outlet for me, but it's also been an avenue for me to truly connect with so many of you, many of whom I call friends, as we've followed along each other's journeys in growing families and other highs, as well as lows.

Around the time of my last blog post, I started to feel the need to step back with so much going on in the country and around the world. I wanted to disconnect from social media and be more present with my family. The end of March is when things really grew intense in my world. Eddie got Covid pretty bad, too. He slept for about 20hrs a day for 8 days and getting him to eat and drink wasn't easy. On top of caring for him, I had Aviah and Ariah to attend to as well. It was pretty overwhelming to say the least. I became very stressed and late one night, I had a panic attack. The first of what would become a series. My blood pressure was incredibly high and so off to the hospital I went. After a number of tests, I was told to try and rest. Rest? No, that wasn't an option.

Later that day, I too had Covid. As the day progressed, my fever escalated to 105. I've never had a high fever in all of my adult life; I became delirious (as a result of the high fever) and passed out hitting my head on our stone fire place at about 2am the next day. My step-daughter found me, where I laid unconscious, and somehow I was able to snap out of it momentarily to get up and respond to Eddie, whom she frantically woke. For 3 days, I had a concussion. As time went on, I began to slowly feel better, but definitely felt off. I had a CT scan then 3 MRIs on my brain in the matter of 24hrs because of an intense migraine that wasn't going away. The CT scan, which was the first test I had done, showed a highlighted area, which prompted the neurosurgeon to order the MRIs. At the end of it all, it showed that I had a hemorrhage between my scull and brain, due to the fall, along with brain swelling. Both the neurosurgeon and neurologist were surprised of how I was able to function given the results from the tests and their belief that there had been more blood and swelling than what they saw with these tests. It was truly a miracle that I was alive, functioning and getting better in such a short amount of time (within a matter of two weeks). During this time, I lost 15lbs. I was incredibly thin, hair falling out, coping with a mix of symptoms due to both Covid and the fall. This was all very hard for not only Eddie to now take care of me after trying to recover from Covid, but for both Aviah and Ariah to see me the way I was. Once I started to gain my strength again, they wouldn't leave my side and Ariah (now 2) continuously cautions me to not hit my head. I'm truly thankful to be alive and to be regaining my physical, emotional, and mental strength again, even more so as we're now preparing to relocate to Florida to be closer to some of Eddie's family. We had intentions of moving before this all happened, but of course we had to pause it all until I recovered.

There's definitely more details to all of this that I've left out otherwise this post will be forever long (lol) but I'll say that I'm recovering more and more each day. I don't feel fully like myself and I know it'll take time, but I'm getting there and with that, I'm looking forward to blogging more consistently again. I'll be back with more posts on Wednesday and Friday and then I'll take a couple of weeks off during our move to get adjusted and settle in our new home.

I want you all to know that no matter what you're going through or will go through because this life is not easy and picture perfect, regardless of what Instagram feed you're looking at, you're stronger than you think and you're capable of getting through the tough seasons of life, even if you're doing the journey alone. I personally believe in God and the power of prayer. Having grown up in NYC, I've seen and found myself in unfavorable circumstances that there's no denying that prayer alone is what has gotten me out alive and safe.

Thank you so much for stopping by and catching up with me. I've missed you all and look forward to reconnecting with all of you!!! 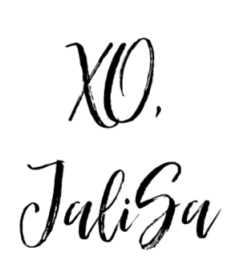