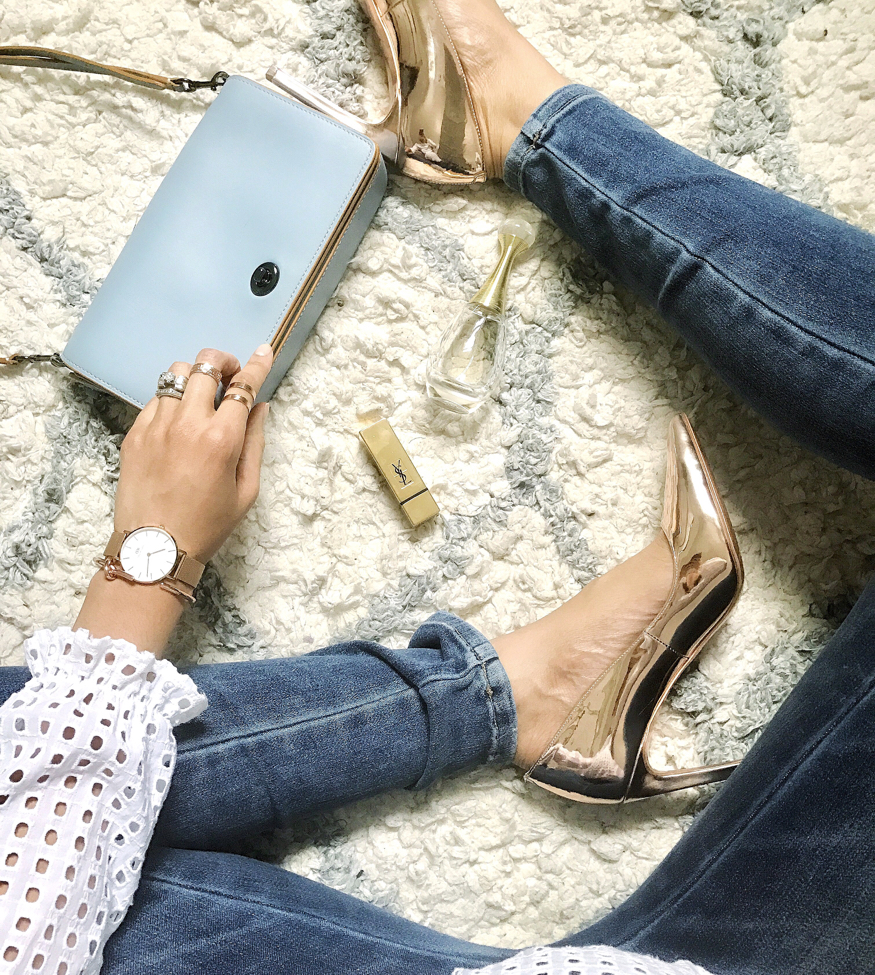 It's been a very long time since my last post—a little over a month. That's the longest I've ever gone without blogging or posting on social media for the 6 years I've been blogging. So what happened? The short answer...#momlife. If you want to know more details, then keep reading.

If you've been a long time reader, then you'd know that I always share updates in my posts on new milestones Aviah's accomplished, the most recently shared was her walking, which happened the second to last weekend in September, right before she'd turn 16 months. Shortly after, we started seeing changes in her naps. She would typically nap for 1-2hrs everyday, occasionally 3. Around the start of October, she started napping for 20-30min...that's it! At first I thought it was just a rough week, since I'm always taking her out to do different activities and perhaps a few changes in her routine was to blame. Then one week turned to two, then three and before you know it, she wasn't napping at all for an entire month. She would go roughly 13 hrs without naps, which for her age, she still needs. Then, she began waking at night, which is very unusual for her because she's always slept through the night from the time we brought her home from the hospital. She was waking every 30 min to an hour, which was wrecking havoc on Eddie and I. Not only were we all not getting sleep at night, she wasn't napping during the day. To say I was exhausted would be an understatement; I was also so confused. It didn't help that she had two colds back to back in the midst of all this, but it still wouldn't have impacted her sleep this dramatically, so I brought her to the doctor 3 or 4 times thinking teething or an ear infection was to blame, thankfully neither were to blame, but that still left me without answers because not even her doctor could speculate what was going on.

After exhausting all possibilities and options, I decided to contact a sleep trainer. If you happen to remember this time last year, I had mentioned I successfully sleep trained her myself. We never experienced a regression until now. After talking to the trainer for about an hour, she was confident that after a week or so, Aviah would be back on track. I was very skeptical because everything else we've tried failed, but at this point we had nothing to lose...I mean, we've already lost a ton of sleep, haha.

After about two weeks, with some trial and errors in the methods we used, things began to look up and she was sleeping through the night again, but the naps weren't all too successful, leaving me with no spare time on my hands. After doing some of my own research, it appears that Aviah had a sleep regression due to her learning how to walk. Apparently, some babies will become so excited and anxious to practice their new learned skill(s) that they'll actually wake up and fight sleep just to keep practicing. This seemed to have been the case with Aviah, since this started right around the time she learned to walk and because of her excitement, she needed to be re-trained to self soothe and put herself to sleep again.

So mamas with little ones, if you aren't already, keep a milestone list and if your baby begins to show changes in sleep or even eating around the time he/she has mastered a milestone (rolling over, sitting up, etc) you know what might be causing the change and that can save you so much time and exhaustion.

I had intentions of posting this on Wednesday, but I want to ease back into things, since I've been gone for some time now and will need the weekend to catch up on comments, e-mails, and of course catch up on some of your blogs as well!

Thanks so much for stopping by, my beautiful friends, and I intend on seeing you all on Monday :)

Next: Color of the Year 2019 Announced and It's Quite Flattering! Previous: Grey Denim
blog comments powered by Disqus